CFA exams, is it really all worth it? Honest ramblings from the CFA trenches.

itsalwayslupus San MateoPosts: 57 Associate
May 2019 edited May 2019 in General CFA Topics
Before I start, let's just establish that I'm just as CFA-invested as everyone else here, and I'm sticking with it to the end. I'm typing this while taking a break from studying. I'm not about to call it quits or have a rant about the program. I just want to reflect on the merits of this program, knowing what I know now and see if this was actually a good decision for me, and see if there are any other personal opinions.

Would just looking for a job be easier?

I took this set of exams for career purposes obviously, to move up the ladder or to gain more bargaining power to move to more exciting areas (that ideally pays more).

I could have also invested those 1,000 hours in being conversational in a foreign language. Or some other appealing skill.

Counter-argument: there may be benefits down the line that will continue to compound throughout my career. Also, the hours that CFA are taking from my life may not be otherwise be allocated to job hunting, but rather socialization and leisure. So it's more of giving up leisure to pursue a qualification, which makes sense to me at least at this stage of my life and career.

I considered MBA and CAIA as well before deciding on CFA. I get that everyone's situation is different, but for me the choice is still clearly CFA. MBA I rejected for being too expensive and 'bad value for money', and CAIA is a bit too specialist for me. At the time I did want to go into hedge funds, but two years after that I radically changed my mind, so CAIA would have been even less useful to me. I'm glad I chose CFA.

It IS useful to have peripheral knowledge besides the core stuff you pick up from work. CFA does give that to you if you put more thought into your study beyond trying to pass the exams.

I don't really have one. I think it's hard to see the worth of it all when you're reading Derivatives for the 3rd time because you keep scoring shit points there, but I think I won't regret it after I earn the charter. After all, I haven't met anyone that said 'it wasn't worth it' after becoming a charterholder.

OK, back to the books, happy studying everyone. Sorry for the long post, I'll pay the obligatory meme price. 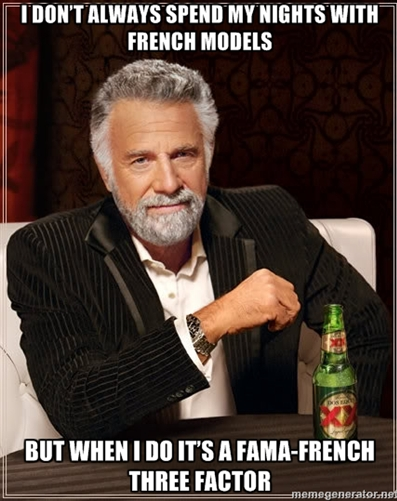